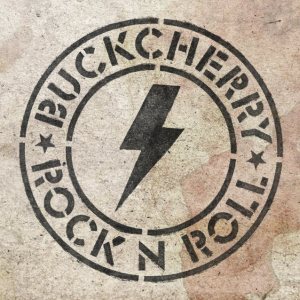 After the band’s ambitious and fantastic Confessions album (which focused on the seven deadly sins), Buckcherry scales it  back a bit and delivers a more fun and upbeat record this time around. Singer Josh Todd promised a “party album” after Confessions, and the guys delivered. I won’t take a genius to figure out what songs like “Tight Pants”, “Wood” and “Sex Appeal” are all about but the band manages to throw in a few musical surprises throughout the album.

While “Bring It On Back”, “Cradle”, “The Madness” and “Wish to Carry On” may be Buckcherry 101, “Tight Pants” makes use of horns and “The Feeling Never Dies” has a country twang to it. Additionally, “Rain’s Falling” has a bit of soulful funk going on with it, which isn’t surprising since Josh Todd said he was listening to a lot of ’70s soul music while writing for this album.

I embrace the length of this album: 10 songs clocking in at 37 minutes. I’m so tired of album spanning close to an album. Buckcherry gets in, does their job and gets out. Anyone who has ever liked Buckcherry will like Rock ‘N’ Roll.

Posted on September 24, 2015, in Uncategorized. Bookmark the permalink. Leave a comment.